This bad boy speaks to me. I admire his dark good looks and tall, muscular body and inherent arrogance. 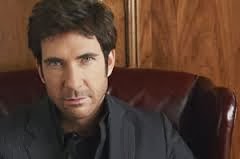 Mark Anthony McDermott (born October 26, 1961), is better known by his professional name of Dylan McDermott. His father was of Irish descent, and his mother had Italian, English, Irish, and French ancestry. 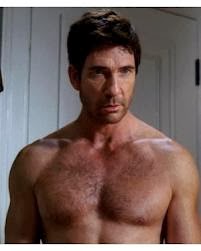 Dylan is an America actor, known for his role as lawyer and law firm head Bobby Donnell on the television legal drama The Practice, which earned him a Golden Globe and an Emmy nomination, and his roles in the first two seasons of American Horror Story. He also starred in the TNT series Dark Blue as Lt. Carter Shaw.

He was so very convincing in his role as a traitorous agent in Olympus Has Fallen. And then there's his upcoming role as a rogue FBI agent in the tv series Hostages. Looking forward to seeing him weekly. 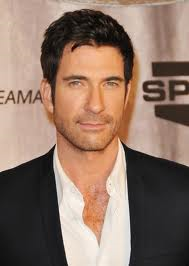