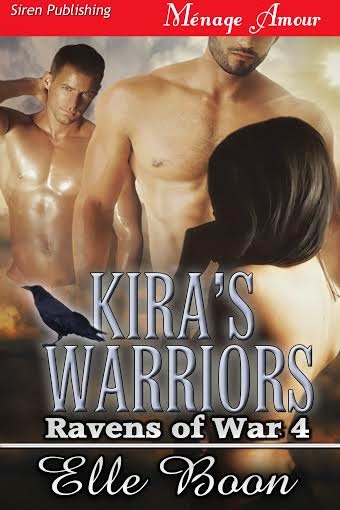 Kira lived the life of a pampered princess of a wealthy Japanese man who mourned the loss of his son, and missing wife. She’d been given everything a girl could want, but nobody was allowed close enough to love or hurt her. All that changed when her life was threatened and he hired the Ravens as her security.

Thane and Garrick never expected to find their Fated, let alone that she’d be touched by a god. The legend of the Kitsune was steeped in mystery, but they’d need all the help they could get to save their Fated from the god who possessed her brother. They’d need to travel into the deepest levels of hell, and fight the Shinigami to save her and her brother.

Kira realizes Thane and Garrick would give up their own lives to give her the family she’d never had. She would fight to hold onto the best things she could ever ask for, her warriors.

Posted by Allyson Young at 9:35 AM