Here's a sample from this amazing anthology!! 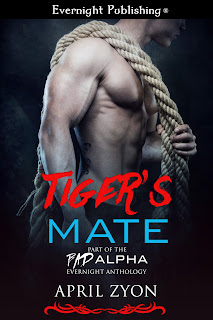 Streak politics, and differences in opinions forced Kurt Owens to choose his own path. While it may be outside of the law in many regards, he sees it as ensuring justice for the true victims of crimes when the system fails them. It's his way of seeing the guilty pay and keeping his own inner beast in check with the violence and the blood it craves.

Everyone thinks having a super power would be great. Alexa Harold would beg to differ. She's been cursed to see ghosts, the dead not yet having gone to their final resting place or judgment, or wherever they belong. They track her down and harass her until she's ready to go mad. Learning early in life what she needs to avoid has been the only saving grace in keeping her sanity intact.

Then she sees a man who couldn't possibly be real. It was just her luck that such a prime specimen would in fact be deceased. Only he isn't and he's taking notice of her. With a little temptation, some mystery, and a taunt, he leaves her wanting more.

Kurt never thought he'd find his mate outside of the streak, or streak functions. While those of a supernatural inclination aren't exactly rare, they have had to be careful and keep their population down. Alexa is the woman for him, the one one he could ever want or need. And when her life is put in danger by his own past, Kurt won't stop until everyone understands to get to this tiger's mate they'll have to go through him.