An interesting play on an old tale... 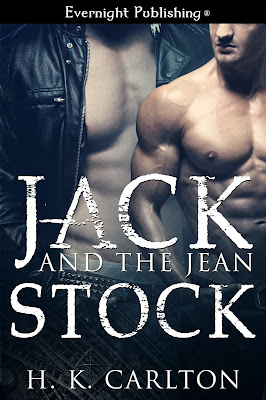 Strapped for cash and drowning in his ailing mother’s medical debt, the one bright spark in Jack Castor’s life is working his dream job for a specialty clothing manufacturer that caters to large men. Although his personal life is all but nonexistent, career-wise, he thrives under the tutelage of his friend and father-like mentor, Cronus Gigandet, a gigantic man with a heart to match. But when Cronus dies suddenly, the company’s future is thrown into uncertainty.
Titan Gigandet, Cronus’ wayward son, a giant of a man in his own right, is furious when he learns his father has included his upstart protégé, Jack, in his will, leaving him equal shares in the family-run factory. Reluctantly, Titan rescinds his own self-imposed exile and returns to a company in turmoil.

The gloves come off, and the major players fight for control. With the shareholder’s agreement about to run out, decisions concerning the business need to be made, and quick. But Jack and Titan clash at every turn. The pair is so at odds, the quarrels rapidly become physical, but fists soon give way to angry, forbidden kisses. Though the blazing new attraction does nothing to quell the antagonism or distrust between them.

While battling to save the company, Jack’s mother takes a turn for the worse. Just when it seems like all hope is lost, Titan unearths a stunning find.

Could this new discovery be Jack’s ‘golden goose’ or just the beginning of the end to everything Jack holds dear?

H K Carlton is a multi-published Canadian author of romance and its varied sub-genres, including contemporary, paranormal, historical, family saga and erotica.
H~K
I enjoy writing in many different genres. I write where the muse takes me and make no apologies for it. By now, it’s quite safe to say I will never pick just one genre and stick to it. There are just too many possibilities and stories left to tell. Today time-travel,
Posted by Allyson Young at 12:00 AM