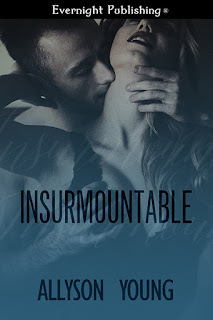 Blurb:
Kidnapped because of her father’s wrongdoings, Bianca Fontaine is interrogated for any hint of his whereabouts by a man she has no reason to be drawn to. Who falls for their kidnapper? Especially an arrogant, hard man who is bound by duty—with those intriguing soft and caring qualities he hates to show. She’s learned the truth about her mother’s disappearance and her reality is suspect, except for the one constant—Ellis Valiant.

Ellis Valiant is indeed a hard man, but he’s already destroyed Bianca’s world and could make it worse if he doesn’t send her away. But when he finds her exploring her submissive side in the sex club fronting for his organization, his noble efforts fall by the wayside and he steps up as her Dom. Except Ellis harbors a secret, an insurmountable one, and Bianca will surely hate him when it comes to light. 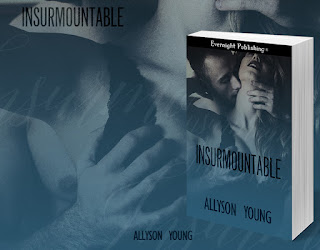 Excerpt:
Her head felt packed with puffed cotton and there was a definite thump in her temples. Bianca tried to swallow and the dryness made her grimace. She managed to get her right hand to obey her and cautiously reached to touch her head. It was present and accounted for, and the headache ratcheted up to a drum roll. Lord, she felt horrible and thought she might be sick. As she struggled to rise up on one elbow, the pinch of soreness made her wince, and a few things came back in one breath stealing surge.
“Here.” Ellis’s voice intruded and he leaned in to where she could see him through barely cracked eyelids. He had a glass of water in his hand and her body cried out for the moisture. Then she wondered what else was in it and held back, closing her mouth tightly.
“It’s only water.” He took a sip and offered it again, but she wasn’t touching anything anyone here offered. Ellis stared impassively.
With a start, she remembered the restraints, and realized she was no longer held in place. With nothing to prevent it, she rolled sluggishly away from him, and slipped off the bed, nearly falling, but somehow braced her weight against the mattress. She watched him warily, and aside from the straight line his mouth drew, he remained impassive.
Setting the glass down, he motioned to it and some towels on the nightstand. “I thought you’d want to wipe your face and quench your thirst when you … woke.”
Ah, more euphemisms. She felt her upper lip lift in a sneer and hoped Ellis marked it. Thoughts whirled through her head and she couldn’t grab onto one of them. She then judged the distance to the bathroom and wondered if her wobbly legs would get her there before Ellis intercepted her.
As if reading her mind, he stood. “You’ll be on your ass and I’m not letting you hurt yourself.”
A burble of incongruous laughter erupted from her belly and she tasted bile as she backed away. “You’re such a joke.”
Ellis was on her, that something unfamiliar now flashing across his face, and he scooped her up, déjà vu, only hustled her straight to the toilet. On her knees, Bianca retched, but miraculously everything settled without humiliating her further, and she dragged herself up with Ellis’s help. The chill of the porcelain bowl helped her focus.
“Stubborn wench.”
Flipping the lid down, he sat her on it with a thump, telling her to lean back. He grabbed a towel and wet one end of it. She accepted it and covered her face, willing him to leave. How had she ever thought to best this man at anything? Or shame him, for that matter, in appealing to his conscience. He was made of granite, now any need for the soft sell was over. It might be the aftereffects of the truth drugs, but she once again felt like a child. She knew he was still standing there. She could feel him and smell him, that scent she was beginning to associate with Ellis, like she was his dog or something. A bizarre vision of her in a collar, panting at his feet,
“You need a shower.”
Well, thank you, Captain Obvious. She longed to say that out loud but it might unlock the tenuous hold she had on all the things yearning to spill out—and peel the flesh from Ellis’s very bones. Like that would ever happen. So she bit her tongue, because she’d already called him a joke. Enough said.
“Save me from pretentious twits.” She heard him murmur it, as though he’d gritted his teeth.
A startled yelp escaped as Ellis took two strides and ripped her shirt open. Buttons popped free and pinged off the sparkling surfaces. One ricocheted off her forehead and she blinked. So not like the romance books. Gah, what was in those drugs?
“Get your jeans off unless you want me to do it.”
Scrabbling to pull the sides of her shirt together over her chest, she watched as he worked the taps, opening them wide and adjusting the spray of the shower until he appeared satisfied. The way his brows drew together when he turned to see her still fully dressed made her shiver. She loosened her grip on her shirt and fumbled with the snap on her jeans. It refused to give and her heart leapt into her throat when Ellis, with an impatient grunt, pushed her hands aside and freed it without any problem, tugging the zipper down.
“Up.”
She giggled this time, unable to contain the sound, and felt her eyes go wide at the incongruous sound. Sit. Stay. Down. Good doggie. She managed to stand, once again with help, and Ellis dragged her jeans to her ankles.
“You’re still impaired.”
Thank you, Mr. Observant. Maybe she said that out loud, because he stiffened. But when she dared a look, he was staring at her … panties. His head almost immediately tilted up and he met her gaze. She heard him mutter something about stupidity, and tried to muster up some indignation, but her head throbbed harder and she felt terrible.
Thinking he was trying to hug her, she put her hands between them to push him back, and felt him snap open her bra. She pressed her hands back against the cups and protested. “Don’t.”
“So you’ll talk if your clothes come off. Well, don’t worry about it, sweetheart. There’s nothing left for you to say.” Smirking, Ellis tugged her toward the shower and pushed her inside. “Do you need help?”
“No.” Killing was too good for him. He needed to suffer, and she hoped she found an opportunity to inflict it on him.

Allyson Young lives in cottage country in Manitoba, Canada with her husband and numerous pets. She worked in the human services all across and has seen the best and worst of what people bring to the table. Allyson has written for years, mostly short stories and poetry, published in small newspapers and the like, although her work appeared in her high school yearbooks too! After reading an erotic romance, quite by accident, she decided to try her hand at penning erotica.
Allyson will write until whatever she has inside her is satisfied- when all the heroes man up and all the heroines get what they deserve. Love isn’t always sweet, and Allyson favours the darker side of romance.