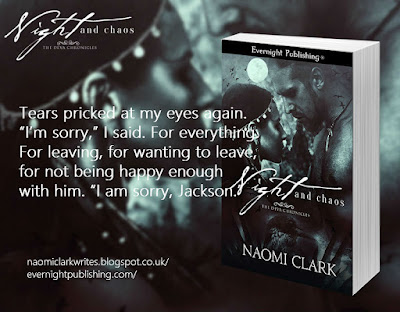 I love a good reunited lovers story. There's so much scope for drama and emotion, misunderstandings, rediscovery, and good old-fashioned lust. NIGHT AND CHAOS has all those things, as Ryan is thrown back together with Jackson, the man she abandoned six years ago. You'll learn her reasons for doing so...Whether she can convince herself and Jackson that she made the right choice is another story!

Ryan and Jackson's journey is only just beginning, and I've got two more books to write before they get their ending (happy or otherwise...), but I hope this first book will persuade you to come on that journey with them.

Ryan's past isn't just haunting her. It's trying to kill her.

Ryan McCarthy fled Kimberlyn Island, her father, and her lover six years ago, desperate to build a life away from the weird science and supernatural experiments of her childhood. But everything she hoped to escape comes back with a vengeance when she's kidnapped and tortured by a possessed madman out for revenge on the man responsible for his possession: Ryan's father.

Now, reunited with the lover she abandoned, Ryan is forced back into a world of danger and darkness she no longer understands, pursued by enemies with powers she can't fathom. But Ryan's not entirely powerless herself. She'll have to use every trick she knows—as well as the mystic gift she hates—to stay ahead of those enemies. And that will be easier said than done. 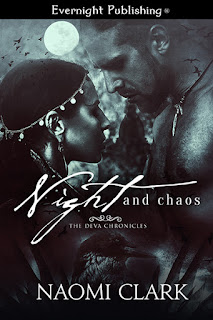 Jackson’s eyes shone in the dark when he turned to look at me. “You awake?” he asked.

I considered pretending to be asleep, decided it wouldn’t achieve anything. “Yes.”

I considered that too, not sure of the answer. “I don’t know. I’m exhausted. That’s all I can really say for sure right now.”

He was quiet for a while, just breathing softly again, and I wondered if he’d fallen asleep. Then he said, “I didn’t mean to bully you into coming to London, you know. If you want to stay here...”

“No, I want to come,” I cut in. “I can’t stay here.” Alright, that probably didn’t spin it in the best light, but Jackson didn’t seem to notice the back-handed compliment.

I couldn’t be sure, but I thought he was smiling. Despite myself, I had to smile back. “And how did you imagine it? Us running across flower-filled meadows to kiss in the rain?”

“I don’t know, really.” There was a rustle of material and he pulled himself out of his makeshift bed of bundled-up towels and clothes and sat up, arms resting on his knees. He stared away from me now. “I guess I always figured you’d come home eventually.”

I twisted onto my side, propping my head up on my hand and tangling my fingers in my hair. “I wouldn’t have,” I whispered, heart aching for him. Why did he wait? Had he really believed I’d come back, knowing how much I hated Kimberlyn and APTT? Surely not. Guilt lanced me, like I’d stolen something from him. I suppose I had, in a way. Six years of his life, wasted on waiting for me.

“Didn’t I make you happy enough?” he asked.

My throat closed up and tears stung my eyes. “Jackson, don’t.”

About the Author
Naomi likes writing, perfume, fancy tea, and unfathomable monsters from the dark spaces between the stars, not necessarily in that order. She has been writing stories ever since she learned how to write, but is still trying to master the art of biography writing. When she's not dealing with werewolves, demons, or sea monsters, she's hanging out with her cat and probably watching a documentary about Bigfoot. If the cat isn't available, she's with her fiancé watching cookery shows and silently plotting her next book.