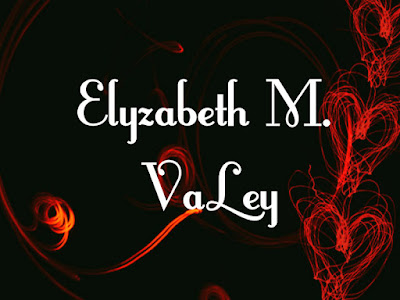 1) Have you always wanted to be an author? Yes. I think since I was around 8 years old or so I had it in my head that I wanted to be an author.
2) What genre(s) do you write? I like dipping my toes in different genres, paranormal, historical, contemporary... As long as there is a love story, I’m there to tell it.
3)  Have you ever self published? No, I have not.
4) Who or what inspired you to write your first book?
5) How many hours in a day might you write? Monday to Friday, if I’m lucky I might write 1-2 hours. Weekends, a bit more.
6) Are you a plotter or a pantser? I’m a big pantser. I’ll start a story with a scene and work it from there. Sometimes, after I’ve started writing the novel I’ll have a general sense of direction, but nothing is set in stone.
7) Do you ever find yourself slipping away and becoming so immersed in your story it affects how you relate to others? LOL Yes! I’m currently doing Nanowrimo (National Novel Writing Month) and I’m having a hard time having normal conversations with people because all I want to do is discuss my novel and my characters or do research for my book.
8) Are you in any of your books? Nope. Although, my books are in a way, my children, so they all have something of *me* in them.
9) What do your friends and family have to say about you writing? I’m lucky because the friends and family that know about my writing are all very supportive.
10) Please share an excerpt from your book that totally spoke to you when you put the words down on paper.
This is so hard! There are several excerpts that spoke to me when I wrote them. However, I have chosen one which I think speaks to most of us. I feel like most people have hated or been angry at themselves at one point or another in their life..


From: Reine’s Salvation (Alpha Protectors I) 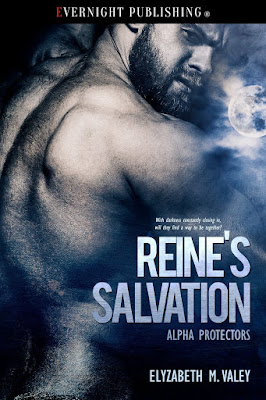 Mystique squeezed Reine’s hand. He stared at their entwined fingers as if lost in thought. She wasn’t surprised. Her story was not easy to digest. She had only ever told one other person and she was gone. In that hospital room she had confessed everything to her mother. Her mother had told her to let go of her anger, to be so aware of it she could directly stare it in the face and fight.
Scream at it, stab it in the heart, hate it with all your heart and soul, and then, only when you’re aware that you’re angry will you be able to let it go.
When she’d stood in front of that mirror in the hotel she’d been shocked by what she’d seen. She didn’t recognize herself. She didn’t know who this woman with a haughty expression was. She didn’t know who the sunken cheekbones and sad eyes belonged to. There was no happiness on her face. Her jaw had been clenched, her nostrils flaring. She was seething, furious at herself.
Her life so far had been unfair. She had had to deal with a mother with deep psychological issues as well as a father who had abandoned her at birth. The first man she had loved had also left her. She had gone on a wild goose chase to hurt everyone, but she had ended up hurting herself the most.
I hate you.
Again and again, she told her reflection in the mirror what she felt.
I hate you for being weak. I hate you for ignoring your gut feeling. I hate you for blinding yourself to the pain, for blocking it, for pushing it aside.
All night long she fought against the feelings of hatred and wrath. Little by little, with every vile comment, she’d introduce something positive about her. She attempted to find that which would keep her going instead of her rage.


She woke up the next morning on the bathroom floor, more determined than ever to change her life. For days she didn’t look at herself in the mirror. She was afraid of what she’d see.


Blog
Goodreads
Pinterest  (Reine’s Salvation has its own inspiration board)
Newsletter
Posted by Allyson Young at 12:00 AM