Gabriella Moreno was just a job, in and out to gain the objective, the death of her father. She turned out to be far more than that to Tobias Casey, however, from the moment he laid his hands on her too hot for words body.

Gabriella had just come home from a two-year stint abroad. The first night home she snuck out, never dreaming for even a moment anyone would be stupid enough to take her. Boy, was she wrong.

Faced with brutal truths, Gabbie followed her gut, and her heart, which, it seemed, all led to one place, Tobias. The heat of her homeland was nothing compared to the touch of this man. In his arms, she found something she had craved all her life, the other half of her soul.

Yet, how can she ignore the fact that the man who owns her heart is also the man who wants to take the last of her family?

Another day, another dollar. Only these days, Tobias and his team were getting paid a hell of a lot more than they had been in the military. Now they could set their own fees for doing the jobs that no one else wanted to do, or maybe couldn’t do, since they did on rare occasion work for their government’s shadier sectors. But there was no oversight, no backseat driving, and they paid big to get shit done.
Their current operation was one they’d been working on for nearly three weeks now with no success. The first week had been recon, getting oriented, and making sure they had their exits memorized for when they achieved their strike.
The only thing was, as they’d discovered during week two, the target they were after didn’t ever leave his super secure compound. Not that Tobias could blame the guy. Their target was a dictator, an arms dealer, a drug dealer, and a mass murderer. There were people worldwide hoping that Tobias’ team finally managed to do what no one else had to date.
Now it was week three and they were still watching the compound to figure out their way in. Or as Tobias was beginning to believe would be easier, how to get the asshole to come out. They’d tried forty different ways to infiltrate the compound. None had worked. Which actually made sense, given the target, Juan Moreno, or Senor X as they referred to him over com, had hired himself an ex-Special Forces soldier to be the head of his security. Tran Quan was American born but had ties to the Yakuza. Extra weight to be brought to bear should it be requested.
Taking a small drink from his canteen, Tobias ignored the sweat trickling down his spine. His attention was locked on a small group of vehicles approaching the compound. Binoculars up, he brought the lead car into focus and easily recognized one of Moreno’s drivers.  His attention moving to the second car, he was surprised to see Quan in the front passenger seat. The man was normally glued to Moreno’s side so to see him out without Moreno… this was big.
“Ripper, we have four cars approaching the compound. I need to know who exits the second car once they stop inside. Get pictures.”
“Roger that, Rogue.”
Ripper and Cherry were up on the mountain using some seriously high-powered tools to stare down into the compound. Their position was treacherous since they were, literally, dangling off the face of that mountain. One wrong move and they’d be headed straight down toward death.
“They’re turning toward the gate now. Not stopping either, they’ve been waved right through,” Tobias reported. The gates slid shut but not before he spotted a slender leg wearing a dainty shoe at the end slipping out of the door being opened by a guard. Instantly, he felt his gut clench in need to see the body went with that limb.
A soft whistle came through the com. “Damn, she’s fucking hot. Think she’s banging senor X?” Herc asked.
“Too young for him, you oaf,” Cherry said.
“Like that would stop the old fucker. We all know he doesn’t care about age. One of the reasons why we’re here to see him shot,” Herc told her. “Personally, it’s my only reason to see his head explode under the impact of my bullet.”
“Cut the chatter. Tell me you have photos for everyone that came in those vehicles.”
“Confirmed,” Ripper said.
“Good, get your asses down from there. Scout will be here to relieve me soon, then we need to get back and review everything.” Tobias was hopeful that somewhere in those photos he might find a way to pull Moreno away from his security blanket.

“It’s his daughter, Gabriella Moreno.” Rainer said. His words had everyone’s attention. Tobias couldn’t figure out who was more shocked. Turning in his seat Rainer shook his head. “I had to dig, and dig deep. The old man has her buried.”
“Makes sense,” Winston muttered. “She’s his Achilles.”
He was right. “We need to keep eyes on her. If we get the opportunity, she’ll be the one we grab. I have a feeling that even with all his enemies gunning for him, he’ll do anything to protect her.” All they had to do was get their hands on her and use her to bait Senor X.
Picking up the picture Rainer had printed out Tobias stared at it. It wasn’t a shot from the compound but one he’d pulled from social media. Gabriella had her head tipped back, laughing at something or someone. She looked carefree and totally at ease. Young, too.
The young woman was just over five foot three inches but those come fuck me heels made her closer to five feet seven, she was thin but not waiflike like so many of the women today. Her hair however, was a riot of auburn red curls that seemed to have a mind of their own, and she didn’t bother trying to tame them. Which said something about the woman herself. She might not have the largest breasts that he had seen in his life but hers seemed to work her body perfectly, like a perfect handful, that distracted him completely.
“We need everything on her from birth until the moment she went through those gates, Rainer. Leave no stone unturned. I think we’ve just found our hot button for daddy Moreno. We grab her and he’ll deliver himself right to us.”
“You sure you want to do that, boss?” Cherilyn asked. At his sharp look, she held up her hands. “I’m down with it, but even if she does leave the compound, you know she’ll have a taskforce worth of guards with her. No way is Moreno letting her out in this country without protection up the ass.”
“And we’ll be ready for that. Our best shot will be if she goes into the city. It’ll allow us to blend in and when the time’s right, grab her up.” At Cherilyn’s snort, Tobias turned a glare on her. “What?”
“Dude, no offense or nothing, but you do not blend.”
Rainer was shaking his head. “I have to agree with her, boss. You tend to stick out.”
“I can blend just fine, I’ll have you know.”
“You keep thinking that. In the meantime, I think I’ll update the other boys and we can add their hilarity to the vote count against you.” Cherilyn patted his chest, walked past, and promptly burst out in laughter.
“I can and will fire your ass,” Tobias called after her.
“No, you won’t,” she bellowed back.
No, he wouldn’t, but that didn’t mean he couldn’t think about it, in great detail. 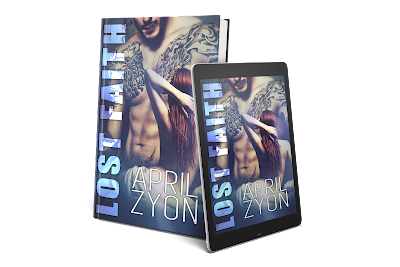