1) Have you always wanted to be an author? I’ve been a voracious romance reader for years. I’ve wanted to be an author for a long time but it wasn’t until the last few years that I believed I was creative enough to actually do it. I’m a computer nerd by trade, you see.
2) What genre(s) do you write? My first release On the Ropes is a Contemporary Erotic Romance. The Windy City Nights series along with its sister series Wild Texas Tales will also include paranormal, BDSM and ménage erotic romance.
3)  Have you ever self published? No. I thought it would be best starting out with a publisher. I’m thrilled to be a part of the Evernight Publishing family. I am open to the idea of self-publishing once I’ve published a few stories through Evernight. I’ll have to wait and see.
4) Who or what inspired you to write your first book? Reading so many wonderful books from many romance sub-genres. I thought to myself “Yeah, I think I can do this!”. My husband’s encouragement and faith in me helped me to finally take pen to paper so to speak.
5) How many hours in a day might you write? Although I have an “evil day job”, I’m so fortunate to be a full-time tech teleworker. I’m able to get writing time in the morning before I need to log into the company network, many times throughout the day if I’m not fulfilling support requests and after the work day is over. Each day is different but I shoot for a least a couple hours of writing time every day.
6) Are you a plotter or a pantser? I am a plotter who is flexible as the story unfolds. I’ve been told I can be a bit of a control freak but I’ve discovered when writing romance – you just can’t control everything!
7) Do you ever find yourself slipping away and becoming so immersed in your story it affects how you relate to others?  Yes! Sometimes I’d rather interact with my story characters than the “real” people in my life.
8) Are you in any of your books? Not directly, no. Abbey Jayne in On the Ropes has a similar work and educational background as I do, but her appearance, family, friends and relationship circumstances are nothing like mine.
9) What do your friends and family have to say about you writing? My husband is beyond thrilled. He’d been patiently and sometimes not so patiently encouraging me for the last several years to get this first book written. He’s now on me to complete the second book in the Windy City Nights series. My friends are very excited and supportive. My mother, a traditional Italian “old country” kind of gal isn’t quite sure what to make of this new adventure of mine. She’s more of a “clean, traditional romance” reader (translated in Italian) but she wants to read On the Ropes even though it has “bad words” and English is her second language.
10) Please share an excerpt from your book that totally spoke to you when you put the words down on paper.
From: On the Ropes 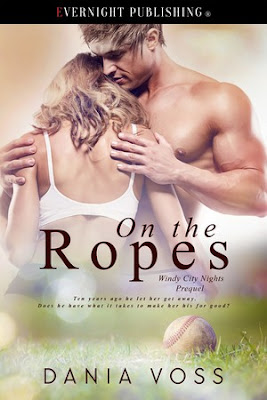 The events of the last few days had finally caught up to Luke. His eyes stung. Darren had stopped Luke from crying at the hospital when he’d told him about his diagnosis. But here, alone with Abbey and with only the soft light from one of the bedroom nightstands on, he felt free to release the pain and sorrow he’d been holding in.
“Even without my injury, though, you know Darren and I planned for this. If I hadn’t gotten hurt on Wednesday, I might have given myself another year, possibly two.” Luke finally allowed his tears to fall.
Abbey held him tightly, giving him the space he needed to just be. She sniffled and gently stroked his hair, comforting him the best way she could.
“But Abbey, Darren’s sick.  The prognosis isn’t good, so we decided I’d transition to ownership of … everything now, rather than later. I haven’t talked to him in detail because of the wedding, but I’m guessing there’ll be a press conference early next week.”
Luke’s tears ran unchecked as he wept, holding his true love in his arms. He mourned the end of an amazing career, one he was so very proud of. He mourned what he believed would be the eventual loss of his uncle, his second father, his mentor, his advisor, the last of his immediate family. Although Darren could easily afford the best of care, money couldn’t fix everything. Rich or poor, cancer was a motherfucker. It didn’t play favorites.
Luke positioned himself fully on top of Abbey, resting on his elbows so he didn’t crush her. “It’s going to be all right, baby. As long as I have you beside me, I know everything will be all right.”
She brushed away the tears from Luke’s face and smiled affectionately at him. “I’ll be right here with you, Luke. I promise. I love you. I’ll help you and Darren however I can.”
Hard again since Abbey was naked beneath him, Luke easily slid his cock inside her. She was still slick from both of them coming earlier. Her pussy gripped his dick tight as he slowly thrusted in and out of her, taking his time, savoring the feel of her.
They tenderly made love as they kissed and whispered words of love and affirmation to each other. They were bound together heart and soul. When Luke shot his cum deep inside her, he prayed they’d created a life. The perfect combination of the two of them—smart, caring, ambitious, athletic. He hoped their first child would be a boy, chauvinistic as that sounded. He couldn’t help it. Men wanted mini versions of themselves. That was just how it was. Luke wanted daughters too, though. Pretty little versions of his princess. He couldn’t help but smile at the thought. His future family would be amazing.

11) Which actor/character(s) would play the starring role?
Abbey Jayne played by Kate Upton 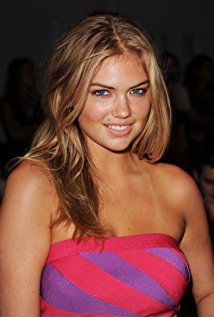 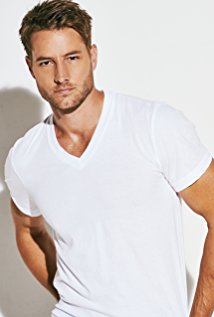