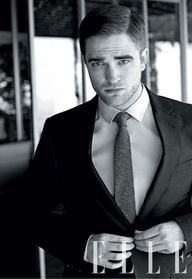 This time, the topic was a sentence, the opening line: "They found his diary under his bed."

I like my heroes arrogant. They provide such good fireworks.


They found his diary under his bed. Poor bastard and all that.

Katherine Bridges glared at Detective Steven Entmore. Half a minute more, and it would have been no contest. This case would have been hers. She'd been on duty. But she'd been called away with a break and enter. The perp had been the resident. He'd forgotten his housekeys. But, in that half hour window, Detective Entmore had taken over the case.

Katherine gritted her teeth, as she gazed down at the dead victim and that probably vital clue next to his broken hand. Why did it have to be Steve who'd taken the case? He irritated the hell out of her, for all sorts of good reasons. Yes, he was good looking. Bloody good looking. Six foot. Lanky. Dark haired. Muscles hidden beneath his usual badly ironed white, cheap shirt. He lifted his tanned, lean face to her and smiled. Only the cut above his lip saved him from being perfect.

"Well, Detective Bridges, what a surprise." His white teeth glowed in the low light of the dingy room. His eyes glinted with gentle malice. Usually they glinted with something far more inviting. "But I'm afraid you're too late. The case is mine." He grinned again.

She'd seen that grin so many times. Girls weakened at the knees and sighed. Happened in every pub, every restaurant, every time the department got together. He zeroed in on a pretty woman, and she gave in. Katherine growled. Did he think for one moment his sex on legs display was going to work with her?

Then he laughed. No. He was being his usual smart arse, bastard self. His eyes narrowed and he took a step closer. She forced herself to stay put. "So, Detective Bridges," he whispered, "I suggest you run off, and let the big people take care of things."

She looked at him in disbelief. And breathed in deep, deep breaths. She was not going to take the bait. This time, she was going to be cool, calm, collected.

The words exploded out of her mouth before she could stop them. "This is my case, Detective Entmore. You were officially off duty. So you toddle off like a good little boy, and I'll deal with this. Didn't I hear there was a bicycle stolen from the local high school?" She smiled, hoping her teeth glinted back at him.

He stiffened at her response, and took another step closer. He did that on purpose, Katherine knew, to intimidate. She'd seen him do it to countless men. They'd always backed off. Of course, he'd never done it to a woman, as far as she knew. He'd known he'd already won.

But not with her.