Today we’re presenting Author: J.J. Lore!
1) Have you always wanted to be an author? No! I’ve always written, but until a few years ago, it was solely ‘non-fiction’ for my work.
2) What genre(s) do you write? I write sci-fi erotic romance, both m/f and menage. I have a naughty fairy tale under contract, so I’m expanding my work a little bit. If people respond well to it, I’m sure I’ll write another.
3)  Have you ever self published? Not yet, but it’s definitely one of my goals for 2015.
4) Who or what inspired you to write your first book? I dared myself! I saw a submission call for the Planet Alpha line and it was something I had never considered before. I’m a firm believer in challenging myself (and I hate to be bored) so when the story idea hit, I ran with it, little imagining a publisher would actually like it.
5) How many hours in a day might you write? Between one and half and two, on actual writing. At some points, I spend writing time doing promotional work, but I really like to have at least an hour a day devoted to writing, seven days a week. Usually if I’ve gotten in about two hours, my creativity for the day is finished.
6) Are you a plotter or a pantser? A bit of both. I spend a lot of pre-writing time working on backstory and a very general outline of how the story should go, but when it comes time to write a scene, I’m never quite sure how things are going to play out specifically.
7) Do you ever find yourself slipping away and becoming so immersed in your story it affects how you relate to others? There are times when I’m in the zone that an interruption makes me very frustrated, but I try not to let that show to my family. I have to confess I screen my calls when I’m writing.
8) Are you in any of your books? Goodness no! I am not a romantic person in real life, so I’d be a real downer in one of my books.
9) What do your friends and family have to say about you writing? Most don’t even know I write this stuff, so there’s not a lot of support or interest there. My husband doesn’t care one way or the other, but my son wishes I spent less time on the computer and more time playing Legos with him.
10) Please share an excerpt from your book that totally spoke to you when you put the words down on paper. 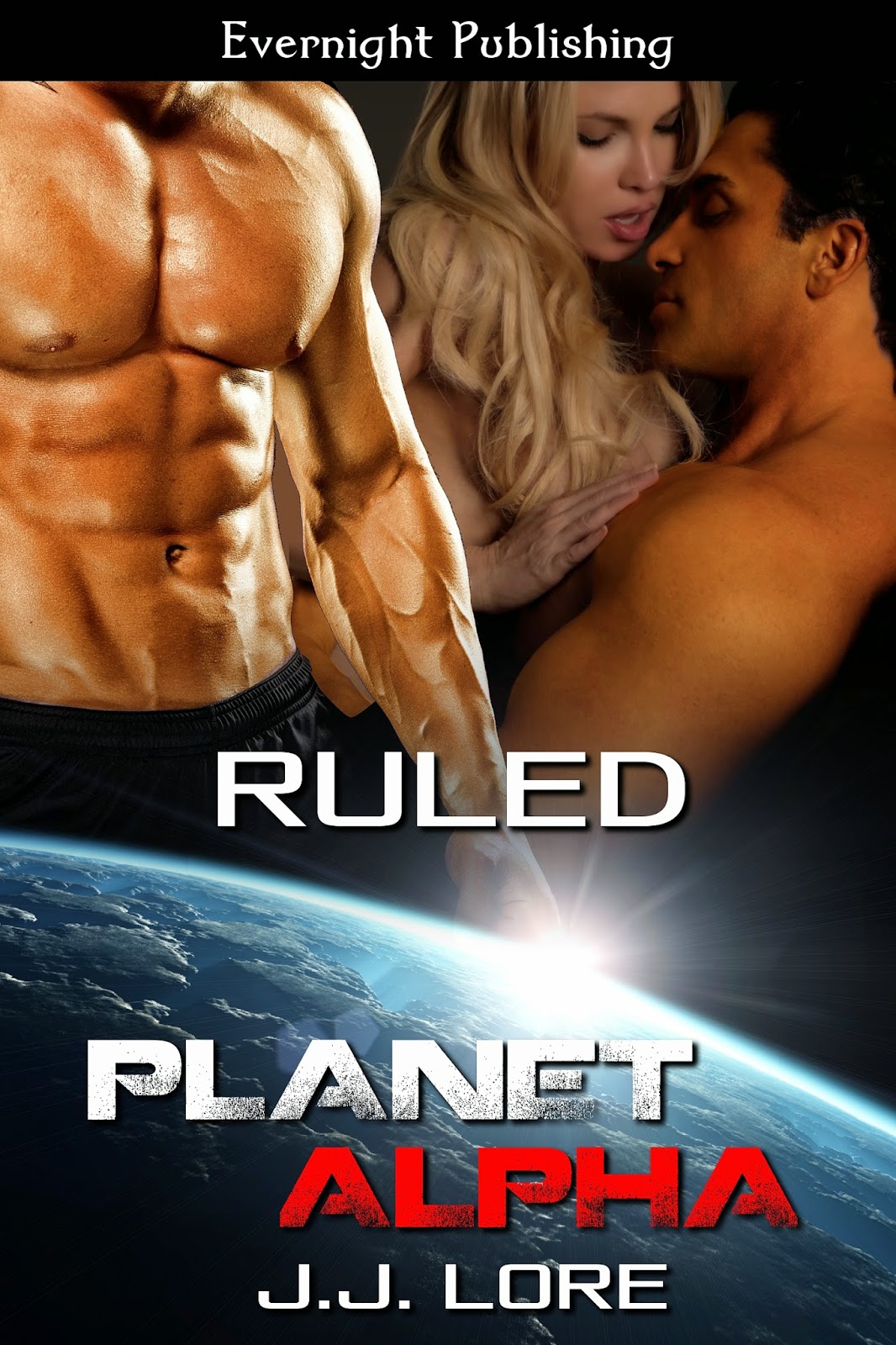 They made her shake. She’d thought it was first with anger, then fear, but as Mal eased his mouth against hers while Edem circled his fingers down her back, she knew she was shaking with lust. How had she gotten here? She’d been so insulted by the gift she’d rushed to them thoughtlessly and had somehow admitted to them she was frightened of sex, but now was barely able to keep on her feet for the heat blooming in her pussy.
Someone’s hands were pulling at the hem of her shirt, and she drew away from Mal to glance down and discover Edem had insinuated his fingertips underneath the material and was now rubbing along her bare waist. Her skin tingled. Mal reached for her buttons and had the front of her shirt open before she realized what was happening. When the cool air reached her nearly exposed breasts, she automatically reached to bring the edges back together, her breath rushing in and out with a mix of desire and caution.
“Let us see and touch. Just here,” Edem said softly as he caressed her lower back. Mal stared at her, his eyes darkening as he gave a slight nod. It was stupid to even consider it, but she seemed to be doing lots of stupid things lately. This could be the test. She could say no and hope they would stop. Would they let her control this? She didn’t want to say no yet, though. She sucked in a breath and urged her stiff fingers to cooperate as she released her grip on the shirt. She was wearing a bra, so she could say no when then tried to remove that final layer and expose her.
Edem let out a sigh and tugged at her sleeves, her blouse falling from her shoulders. She couldn’t stop her shiver as the cool air trickled across her back and stomach. Mal tightened his grip on her waist, and with a start she realized he had a sizeable erection and it was pressed into her belly. Normally, she’d shy away, but somehow knowing how aroused he was pleased her rather than made her anxious.
Mal trailed his fingers along her collarbones. “You’re lovely.”
“So delicate,” Edem chimed in, and she glanced at him, wondering what he thought of her faded, repaired bra. He was a powerful man on his planet and was probably used to women who were perfumed, groomed, and attired in beautiful chiffons and laces. She failed on all counts.
Sliding his hand along her side, Edem cupped one of her breasts, pushing her flesh slightly up. Her nipple contracted in a painful nub, and she inhaled deeply. He ran his thumb over the sensitized bit of flesh, and the material of her bra bit into her.
Mal dipped his head her way, long strands of his dark hair trailing along her bare shoulders. He pressed a kiss to the top swell of the breast Edem was holding, and she shook at the sensation of both of them caressing her in synchronicity. She clenched her hands in confusion. She wanted to touch them but wasn’t sure how. She’d always been confused and tense with the few men she’d been with, which had undoubtedly contributed to her discomfort with the act.
Soft lips nibbled at her neck, and she leaned away from him, not to avoid the touch as she should, but to allow him more room. The ticklish sensations crept over her nerves, and she compulsively reached up to clutch at Edem’s head, her fingers sinking into his surprisingly silky hair. He bit her throat gently in response, and a surprised moan burst from her. Before she could think further, Mal had fastened his mouth over her nipple and pressed his teeth to the sensitized flesh. Her whole body jolted uncontrollably, and she cried out, unable to hold back the sound of surprise and excitement.
“It would be better without this,” Edem whispered in her ear as he ran his fingers under the shoulder strap of her bra. Mal rumbled against her breast, and she reached her other hand out to trace into his hair, careful to avoid those curving horns. “May I?”

11) Which actor/character(s) would play the starring role? (you can attach pics and I’ll insert them, or add just names for here) Well, considering both my guys are muscular golden-skinned aliens with horns, I’m having a difficult time finding someone who could pull that off. Probably the best bet is Jason Momoa.