Another #99cents release by Nicole Morgan! 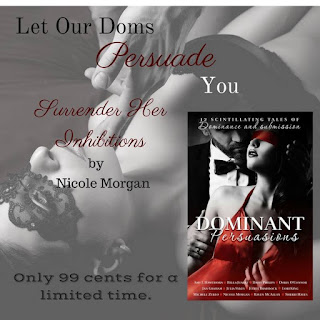 Surrender Her Inhibitions
By: Nicole Morgan

Three years ago Sophia Hunt was on the tail end of a bad break up and in a vulnerable and confused state of mind when she crossed paths with the sexy and seductive J.T. Mastrantonio.
Stuck in a rut and no longer satisfied with his successful life, J.T. finds an unfamiliar ache when the scared girl who ran out on him years earlier walks back into his life.
Though time is not their side, Sophia is faced with the realization that her biggest fears and greatest temptations are one in the same. And only J.T. will be the one who can get Sophia to surrender to her inhibitions.


www.bookstrand.com/nicole-morgan
Posted by Allyson Young at 12:00 AM