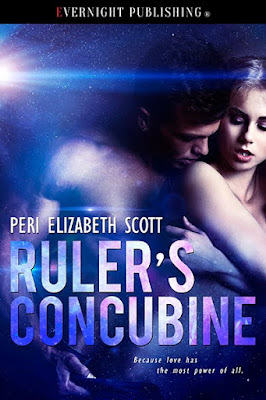 Thank you for having me! Ruler’s Concubine represents two different species attempting a connection, and proves that regardless of distinct differences, love will carry the day.

Meridia is headed for extinction, unless a compatible species can be found. The backward planet, Earth, the one the Meridians stripped of technology now holds the only promising species in the Galaxy. As Ruler, Lysett Daboort will do his duty and choose a royal concubine from those women ‘liberated’ from Earth, but that is all it will be—until he meets Celeste Raynor.

Celeste is barely subsisting on Earth and isn’t enamored with becoming one of Meridia’s concubines, despite the esteem afforded their females. But there is nothing left for her at home and she isn’t averse to having a child to love, not to mention a caring, supportive partner. Until she meets the Ruler himself.

The Ruler resists Celeste’s appeal and she refuses his arrogant approach, yet they must somehow come to terms. Lysett rules supreme, or does he? Because love has the most power of all. 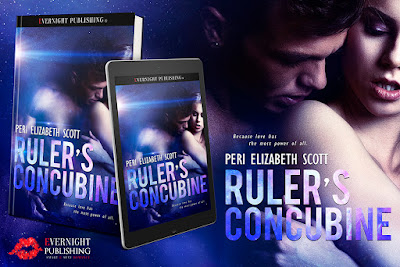 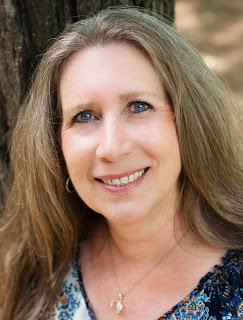 Peri Elizabeth Scott lives in Manitoba, Canada. She recently closed her part time private practice as a social worker and child play therapist. Her love of children extends to the animal world, and her most recent rescue includes a one-eyed cat with an Elvis smirk.
Peribeth and her husband have a seasonal business and pretend to work well together, so she will always have a job.
Writing for years, mostly short stories and poetry, she has published dark erotica under another pen name and reads everything she can lay her hands on.
http://www.perielizabethscott.com/ 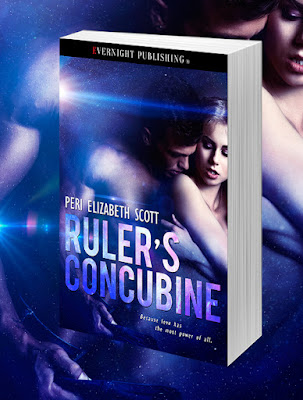