Fairy Tales Are a Staple of Childhood... or Are They?

Fairy Tales are a staple of childhood.  We grow up hearing (and now watching Disney’s versions) of popular stories like The Little Mermaid, The Three Little Pigs, and Cinderella.  We dream of finding our own Prince Charming that can lift the curse.  But fairy tales have a variety of different perspectives.  As an elementary teacher, I use fairy tales to teach my students about point of view and perspectives. They also have different versions based on different cultures and nationalities.  Stories like The Rough-faced Girl and The Three Little Javelinas tell the tales of Cinderella and The Three Little Pigs and the Big Bad Wolf from different cultures.

Perspectives can mean things more than just cultures.  It can share with the reader a different character’s point of view. If you haven’t read The True Story of the Three Little Pigs, you would be shocked to imagine the Big Bad Wolf as anything other than a greedy, hungry wolf.

In The True Story of the Three Little Pigs, the wolf is simply a misunderstood guy who was going from door to door in search of some sugar to bake his granny a cake.

One of my favorite Cinderella tales is Bigfoot Cinderella, which tells the tale of Cinderella with bigfoot creatures as the main characters.  Instead of wanting to look more beautiful, Bigfoot Cinderella just wants to be smelly old self, which is exactly what wins her the prince in the end.

I enjoy playing with fairy tales and other known stories.  In college one of my fairy tale poems won an award and was recognized for its originality.  Today I like to take fairy tales to a new level. 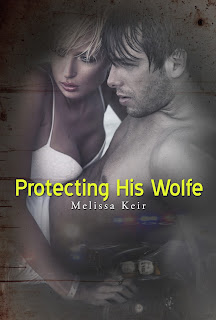 My story Protecting His Wolfe is a twist on the fairy tale—The Three Little Pigs and the Big Bad Wolf.  But in my story the Wolfe is a young naïve woman who finds herself in danger after over hearing a drug deal.  Betsie Wolfe is a strong woman who doesn’t like to rely on anyone other than herself but when she finds herself in danger, she turns to Jonah Pigg for help. Jonah is the oldest of the three Pigg brothers.  He is a police detective and first meets Betsie on the scene of a murder where she was the primary witness.  There are quite a few parts in the story where the characters tease each other about their names and that famous fairy tale.  But Protecting His Wolfe is just the beginning for these characters and this fairy tale.  I have two more books in the works highlighting Jonah’s brothers- Marcus and Luke as well as their own twisted fairy tales.  So stick around for that ride!
Posted by Melissa Keir at 12:01 AM