A Thriller for Hump Wednesday! 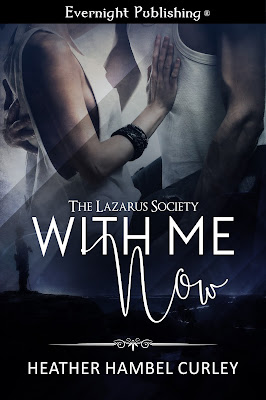 Madison Monroe is an anthropology prodigy.  She’s poised to graduate with a double major.  She’s published in scholarly journals and archeology magazines.  With limited field experience, the crowning jewel for her graduate school application is an upcoming dig in Normandy. And she just got arrested for underage drinking. Less than a month before she turns twenty-one.

Now, instead of taking part in her dream dig, she’s kicked off the crew and barely escapes academic probation.  Her only option for her application is a routine archeological survey in Gettysburg, Pennsylvania.

Once in Gettysburg, though, the “simple” dig isn’t exactly what it seems.  Madison can feel a presence watching her and can hear voices of the dead calling from the battlefield.  And, when she discovers a long buried secret at the Spangler Farm, she inadvertently sets off a chain of events that will put everything—including her life—on the line.

Heather Hambel Curley is a 2004 graduate of Robert Morris University, graduating magna cum laude with a degree in Communications.  She’s been writing since the fourth grade, but didn’t get serious with writing until she’s reached her thirtieth birthday (metabolism went down, determination to write went up!).  With Me Now is her debut novel and her historical fiction novel, Anything You Ask of Me will be released in August 2015.
Heather currently resides in Western Pennsylvania with her husband and two songs.  When she’s not writing or working as a disability claims analyst at an insurance company, she enjoys traveling and training to run 5ks.  She also enjoys white wine, One Direction, and getting tattoos.