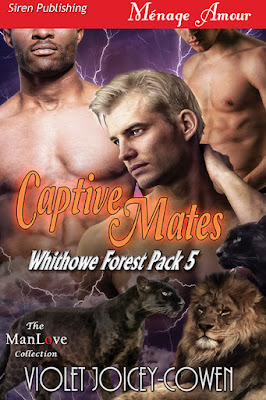 10)  Which actor/character(s) would play the starring role?
Given the chance, I would totally have Justin Hartley play Isaac. He was my inspiration for the way Isaac looks. You can see him and my inspiration for both Keiron and Ari on my characters inspiration board on Pinterest.
11)   Is there anything else you would like to add?
The word of the day is: Adjust.

Thank you again so much for having me here today!
Violet. x


Buy link: http://www.bookstrand.com/captive-mates
Posted by Allyson Young at 12:00 AM