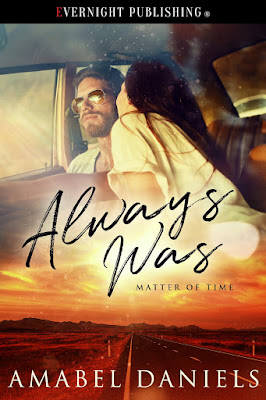 It’s supposed to be simple. One week. A road trip. Point A to B. But everyone knows what they say about best-laid plans…

Running from her family’s expectations, art student Samantha Millson enjoys some independence in San Francisco. When tragedy strikes, Sammy sets off for her childhood home, swallowing her pride and silencing her fears. She is both comforted and stressed that this time, her road trip won’t be solo.

Adam Fallon refuses to tether himself to anything or anyone. Enlisting in the military straight out of high school, he has defied attachments, be they a job, a home—or one woman. But he commits for a week as co-pilot on a road trip across the country with his best friend’s younger sister.

Reunited on this drive, they are uncertain in the face of chemistry. Together, they face dark memories of Sammy’s past, and challenge Adam’s antipathy to settling down.

Goodreads Link for Always Was: https://www.goodreads.com/book/show/36392954-always-was?from_search=true

“Which is why the ball is in your court, Sammy. I can’t and won’t push. God knows you’re driving me crazy. Yeah, you had a crush on me back then. Jake used to tease me about it all the time. But just because I never reciprocated back then doesn’t mean I never noticed you.”
“So… Now what?”
“Now this isn’t a crush. Jake isn’t here to kick my ass when I say I want you. No one is going to say we need a chaperone because we’re eyeing each other with sinful intentions. We’re adults, and if you’re on the same page as me—” He leaned back abruptly and exhaled in a long whoosh. “I’m leaving it up to you. Ball’s in your court. Cold showers have never killed a man.”
A small smile almost crept onto her lips. When I say I want you. It was empowering to hear him admit it, even if she struggled to believe it.
She rolled her eyes. Like she had that much sway over him. Probably caught him between lovers. “That’s my point, though. I’ve come this far, and I don’t know what to do next. How to … make a move. I have no clue how this works.”
“You want me to give you the birds and bees talk?”
She sneered at his grin, reaching across to smack his shoulder as he picked up his burger.
“Want me to be your Mr. Robinson of some kind?”
She kicked him under the table, unable to refrain from laughing at his teases.
“So then, what do we do?” he asked.
Impatience didn’t lace his tone. Nor annoyance. Maybe some hope. Curiosity.
As fantastical and unbelievable as it was to convince herself of his words—he, Adam Fallon, her first crush, desired her as a woman, not a sidekick, tagalong pal—Sammy supposed it really was quite simple.
Do nothing. Or … something.
The idea of acting on her desire, actually taking a sample of Adam, had her blushing.
“Ah…” Adam grinned and pointed at her. “Those are the kind of thoughts I’ve got in mind, too.”
Just please don’t let me sink too fast. 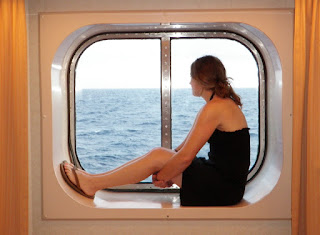 Amabel Daniels lives in Northwest Ohio with her patient husband, adventurous toddlers, smiley baby, and a collection of too many cats and dogs. Although she holds a Master’s degree in Ecology, her true love is finding a good book. When she isn’t spending time outdoors, or wondering how to negotiate with her mightily independent two-year-old daughter, she’s busy brewing up her next novel, usually as she lets her mind run off with the addictive words of “what if…” 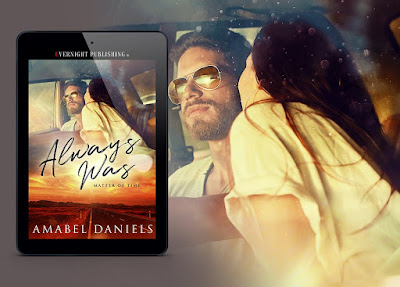