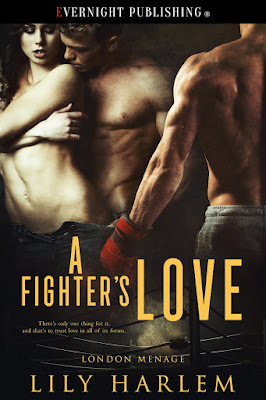 A FIGHTER’S LOVE
Book #3 in the LONDON MENAGE series.
By Lily Harlem

Lily Harlem’s newest ménage a trois novel is a hot MMF boxing story set in Eastend London. Like all Lily’s LONDON MENAGE novels it’s fine as a standalone read - it’s just the female characters who are loosely linked – and it is seriously steamy!

After battling her demons, Jenny has finally found the courage to stand up for herself and fight for the life she’s always dreamed of.

What she doesn’t expect is to find that as she emerges from her chrysalis, she’s very much caught the attention of two super-sexy, incredibly talented boxers at the club she helps out at. They’re enchanted by her, they’ll do anything for her, and heaven help anyone who tries to hurt her, including her miserly ex, Billy.

But as things heat up, it’s clear Dale and Jackson are no ordinary sparring partners. Beneath their tough exterior and lively banter, they share a softer relationship that’s kept well hidden from the rest of the world. Will Jenny be allowed into that gentle place? Can they make it work when passion and lust hits them all hard? There’s only one thing for it, and that’s to trust love in all of its forms.

Find out more about LONDON MENAGE on Lily Harlem’s website.

After slotting in the last stack of papers in the filing cabinet, Jenny paused with her hands on the cool surface, and blew out a breath. It was time to go home and she’d managed the entire evening without seeing either Dale or Billy. What a relief.
Suddenly she was aware of a presence behind her. Close up. The scent of man enveloped her and heat from a large body burned against her back. “Jenny.”
It was Jackson. She went to turn but he pressed his big gloved hands on the top of the filing cabinet, trapping her within his colossal arms.
“What do you—?”
“Sh.” He pressed his lips against her temple, his stubble scratching her flesh.
Her heart pounded, her pulse thudded in her ears. She closed her eyes and pressed her lips together. Was he furious about what had happened between her and Dale? Was he going to order her to mind her own business about their relationship, or tell her she was a raving lunatic to suggest they were anything other than straight?
She could hardly think. Being surrounded by his thick, hot muscles, and the feel of his breath on her cheek, down her neck was beyond distracting. Jackson was neat testosterone and it was doing strange things to her female hormones.
“I learned today,” he whispered hotly against the shell of her ear, his lips brushing her flesh, “that you kissed my boyfriend last night.”
She drew in a breath. Had she heard Jackson right? Had he just confessed? Confirmed her suspicions in one heated sentence?
“I’m sorry,” she managed, not knowing what else to say. “For everything. But I’m going home soon and I won’t be back here, at the gym.”
He made a strange growling noise. It wasn’t like anything she’d heard before and it vibrated from his chest onto her back. “We don’t want that.”
“But...” Again she went to turn. Again she was blocked by his solid body. “What do you want?” she managed.
“You, tomorrow night. Dinner.”
“Dinner?” That had been the very last thing she’d expected Jackson to say.
“Yeah, we’ll pick you up at eight.”
She hesitated. “We?”
“Yeah, the three of us are gonna sit down and talk...” he paused, “about this unusual situation we’ve found ourselves in.”
“I don’t understand.”
“That’s why we’re going out.” He pressed his lips to her temple, the section now warmed from his breath. It wasn’t a real kiss, just a press of his mouth but it sent a skitter of little tingles over her scalp.
Jenny balled her fists, and kept her eyes closed. They were going out? All three of them?
As quickly as Jackson had surrounded her, he was gone.
The air seemed to flood her torso, chilling her, but her breaths became easier to catch. She spun in time to see Jackson striding from the room. His vest top had a line of sweat down the gutter of his spine and the ends of his hair were damp and sticking like tiny commas to the nape of his neck.
He’d come into the office, stated what was going to happen and then left. She should be mad. Wasn’t this the new Jenny? Not being told what to do. But how the hell could she refuse the chance to spend an evening with both Dale and Jackson? And what did he mean by ‘unusual situation’? 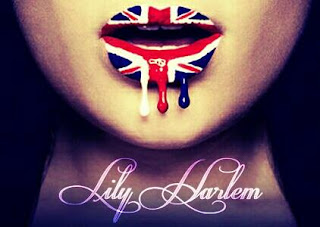 Lily Harlem lives in the UK and is an award-winning author of sexy romance. She writes for publishers on both sides of the Atlantic including HarperCollins, Totally Bound, Pride, Evernight, and Stormy Night Publications. Her work regularly receives high praise and industry nominations.
Before turning her hand to writing Lily Harlem worked as a trauma nurse and her latest HarperCollins release, Confessions of a Naughty Night Nurse draws on her many experiences while nursing in London. Lily also self-publishes and The Silk Tie, The Glass Knot, Cold Nights, Hot Bodies, Bite Mark and Shared have been blessed with many 5* reviews – all available on Kindle Unlimited.
Check out Lily’s new reverse harem series – The Challenge, which so far consists of Castaways and Tearaways – also on KU.
If you love sporty romance don’t miss Hot Ice a seven novel 5* series about those sexy bad boys of the ice all available on Kindle Unlimited and the first book FREE when you sign up to her newsletter. And also check out Formula One themed novel Accelerated Passion and sexy soccer story Scored.
Lily writes MF, MM and ménage a trois, her books regularly hit the #1 spot on Amazon Bestseller lists and Breathe You In was named a USA Today Reviewer’s Recommended Read of 2014. Her latest MM novel is Dark Warrior and you can grab Part One of her MM series Caught on Camera  for FREE!
Lily also co-authors with Natalie Dae and publishes darker plot lines and suspense under the name Harlem Dae - check out That Filthy Book which has been hailed as a novel 'every woman should read' and is available in book stores nationwide. The Sexy as Hell Trilogy, a critically acclaimed boxed set, is available on Amazon and KU.
One thing you can be sure of, whatever book you pick up by Ms Harlem, is it will be wildly romantic and deliciously sexy. Enjoy!
Visit Lily’s website for more details of her other books or her Amazon Author Page. Subscribe to her newsletter to get a FREE ebook and be the first to hear of new releases, and if you enjoy Facebook hop on over there and say hi! 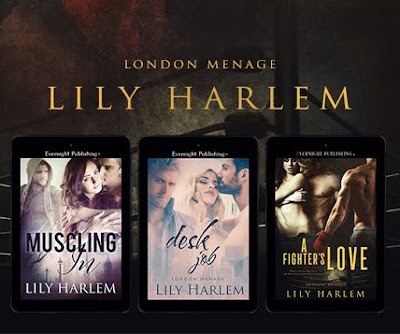