Just hearing his gravely voice will have women swooning, but Gerry to his friends is very down to Earth, even washing the dishes when at home with his mom. He's won an award for bravery after saving a child who nearly drown as well as being known as one of the most friendly actors. He always has time for his fans. 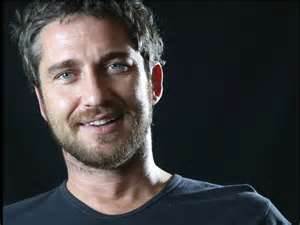 But a man this good looking is sure to get attention. After staring with Angelina Jolie in Lara Croft Tomb Raider: The Cradle of Life, Gerard Butler gained notice of the female audience members. His hunky good looks and sexy deep voice couldn't help but make him stand out.

However it was his rock-hard abs in the movie, 300 that garnered the most attention. Men wanted to look like him and women wanted to love him. 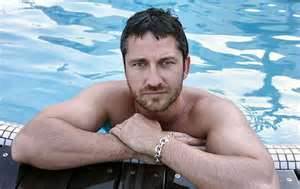 My favorite movies showed his more romantic side-- Phantom of the Opera and PS. I Love You. Those two roles allowed Gerard Butler to stretch himself from the manly roles where he fought or kicked butt, to men who genuinely loved the women they were with. 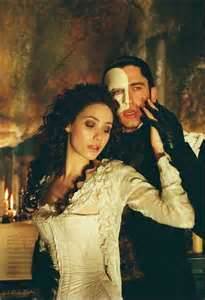 He even gets to return to his musical roots in both these roles where he sings. Gerard used to be in a rock band in college in Scotland but gave music up when the acting bug hit. Gerard Butler is a guy for all types of women (and men) to enjoy. I adore his sizzling hot looks but his voice is what does it for me.

What does a good hunk have to have to make you go ooohhhh???