And no, I don't mean the professional American football team. I mean the History channel show that I just started to watch, The Vikings. It's full of lots of dirty, uncouth, brawny, men striding around plotting and whacking people with hand axes. Whew!
Star of the show; Ragnar Lothbrok played by Aussie model/actor Travis Fimmel: 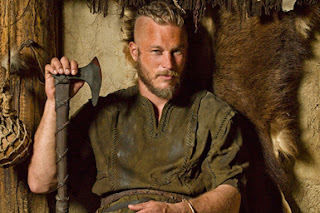 He looks much better as a fighting Northman than he ever did as a Calvin Klein underwear model if you ask me. Except when he's got the crazy bloodlust look in his eye; 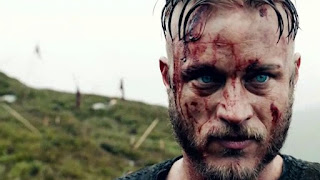 And then there is his brother Rollo, played by Clive Standen; 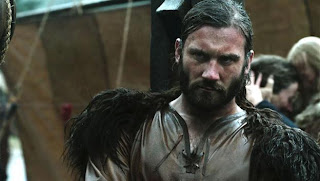 (okay, I'm thinking a gentle spanking might be in order)
﻿
He's moody and broody and built.  Probably a little smelly but you can't have everything.

Actually all of the Lothbroks are pretty attractive, like his wife Lagertha played by Katheryn Winnick: 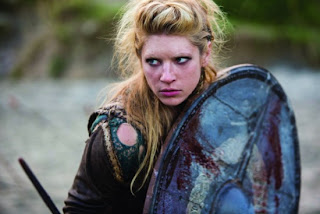 ﻿She's pretty tough stuff too. You have to be to take on a fight like this one. 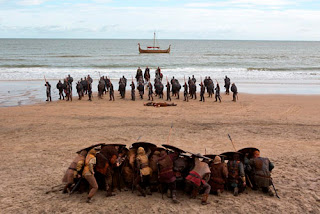 ﻿(Lots of blood on the beach in short order)

So if you don't mind grime and ﻿blood spatter, give the Vikings a try on the History Channel.
Posted by Lynn Rae at 12:00 AM