Today we are featuring well known romance author Lydia Michaels, author of the McCullough Mountain Series, The Order of Vampyres, New Castle and several stand alones. Breaking Perfect is my favorite of the stand alones!

Lydia writes a wide range of environs but in the end it's about her accomplished style, and of course, the romance.


The Surrender Trilogy is Lydia's latest amazing series. Enjoy reading all about it! The hero is hot, the heroine someone we can all aspire to emulate. 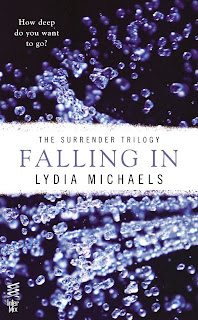 7 Secrets Behind The Surrender Trilogy 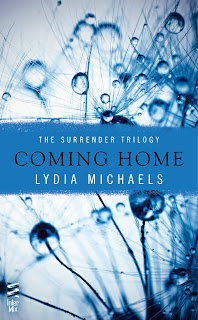 Today Lydia Michaels is here to discuss Seven Secrets Behind The Surrender Trilogy, a sizzling love story full of scandalous choices, dark deceptions, and secret sacrifices that will have readers staying up far past your bedtime.

The question is… How deep do you want to go? 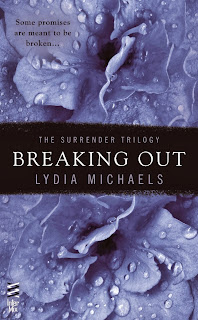 It’s a pleasure to be here discussing the debut of The Surrender Trilogy. FALLING IN, BREAKING OUT, and COMING HOME are three books guaranteed to take readers on an evocative journey full of seduction, sophistication, and surrender.


7 Untold Secrets Behind The Surrender Trilogy

Scout’s character came to me first as only a word. She was heroine. I’d thought long and hard about books I’d read and the realism of the protagonists I loved.

Born on the streets of Folsom, to a parent who is a mother in word only, Scout is constrained by no rules, yet lives her life by a specific code of survival. She is a compilation of so many imperfect strengths female leads have conveyed in literature over the years.

Scout possesses the independent strength of Jane Eyre. She is the dignity hidden within Hester Prynne. Steeped in innocence regarding social hypocrisies, she is charmingly childlike in her belief that circumstances and people can change, much like Jean Louise Finch, better known as To Kill a Mockingbird’s “Scout”. But above all, Scout is seeking her way home, somewhere she has yet to truly define. She is Dorothy Gale’s sweetness, lost in a spectacular world that is not her own. Unintended, loyal, and determined, she is the strong wind that takes Lucian Patras unexpectedly by storm.

Lucian Patras appears to have everything, until he meets Evelyn “Scout” Keats. He is Folsom’s most celebrated bachelor, wealthy, sexy, a devil to face off against in business. But he’s also incredibly private when it comes to his personal life. As a man in his mid thirties, he’s quite aware his presence is sought after for personal gain, part of the reason he’s grown jaded with the world. He wants a companion to intellectually challenge him, someone capable of giving it to him straight. But nothing prepares him for the dose of reality he must swallow once his life becomes tangled up with Evelyn “Scout” Keats.

Pearl, Scout’s mother, is a lost soul in carbon form. Her mind is a jigsaw, pieces of the past broken into jagged memories, distorted by drugs and abuse, but she is the only person Scout has ever loved. An anchor around her daughter’s neck, every time Scout rises from the bottomless depths of poverty, Pearl pulls her back under. In order for Scout to survive, she must save her mother first.

Chess is a cerebral struggle over another’s ego. The central figure is the King. He is indispensible. Narcissism will only lead to a corrupt King. He must never forget—the Queen holds far more power.

Chess is a lyrical battle of the mind, provoked by patient acts of aggression. Lucian Patras is a master of chess, favoring the intellectual sparring over traditional sport. He savors seeing his opponents gracefully surrender, and refers to the game as a triumphant display of social intercourse.

Once you read The Surrender Trilogy, you will never look at chess the same way again.

Pawns are the players of the story, the characters of the board. There are the traditional pawns, those maneuvered to protect the King and Queen, and then there are the more cunning pawns. There are the voyeurs, better known as the rooks, the manipulators or bishops, and let us not overlook the slyest piece of all, the knight. Should the King underestimate the other players on the board—he will quickly find himself in check.

Parker Hughes is quiet, poor, and disinterested in the lavish treasures of the world. He covets only one thing, but she has suddenly changed the rules of the game. When Parker discovers Scout’s intentions involving billionaire Lucian Patras, he must embrace his shrewder side. He loved her first and thereby considers her his, but taking from a King is never easy, especially when the Queen holds all the power. Therefore, Parker puts his patience into practice and becomes the Dark Knight.

Relinquishing control can be a difficult task. Throughout The Surrender Trilogy, one is never quite sure which character is making the greater sacrifice. Scout is asked to submit to the authority of a man she barely knows and hardly understands, yet through a turn of twisted events Lucian is faced with choices that inflame his desire to possess such a woman.

Surrender, in its purest form, is done gracefully, selflessly, and delivered of one’s free will. FALLING IN love is never as simple as it seems. The constricting sense of need can sometimes provoke the urge to escape, but BREAKING OUT is not always the answer. It takes a genuine understanding of surrender to grasp what it means to ultimately be COMING HOME.

For more news and titles by Lydia Michaels, visit www.LydiaMichaels.org

Lydia can also be found on Facebook at www.facebook.com/LydiaMichaelsAuthor

You can become Lucian Patras’ friend at www.facebook.com/lucian.patras

And don’t forget to get the latest news on all things SURRENDER on The Surrender Trilogy fan page at www.facebook.com/TheSurrenderTrilogy

How to Deal with a Surprise Penis (or Victoria, Your Twenty Minutes Start...Now!)

Flash fiction time again. My writing group didn’t have to write about surprise penises, but I wanted to. The exercise involved choosing a headline from a magazine. The headline I chose was:

How to Deal with a Surprise Penis


“Oh! Is…is it…?” Tamara perched on the mattress, her feet tucked up near her bottom, her knees squashing her chest. She darted another glance at his…his…and tried to ignore the fluttering inside her tummy.

He seemed to make a sort of strangled sound.

Her eyes flew up. Oh goodness gracious, if she could just keep staring at his face, then everything would be alright. He―what did he say his name was? Michael?―had such a kind face. Since she had to have―she shuddered―a customer, she supposed she was lucky to have him as her first. He had an easy grin, a few freckles sprinkled across his nose, and blue eyes that seemed to have a reassuring twinkle.

“Is it what?” His deep, gentle voice shook, but he tilted his head and gazed into her eyes, politely ignoring…well, the rest of her.

Oh my goodness! The bed creaked as he lay down on his back next to her, lazily stretching himself out. His eyebrow lifted in enquiry. And she wasn’t mistaken. There was that twinkle. But her eyes seemed to have a mind of their own, for they drifted down the length of his long, lithe, naked body. He rested his head in his laced fingers. His biceps bulged.

She forced her gaze away and stared at her toes peeking out from the bottom of the sheet she’d hastily wrapped around herself. It doesn’t matter what this man looks like. Close your eyes and think of…

But that picture of England’s green hills and valleys escaped her. Her eyes drifted again to that sprinkling of hair across his chest, then down to his defined abs, trim belly, and down to his…

He reached for her hand. Reluctantly, she let her fingers release the sheet she clutched to her chest. It fell to her knees, revealing her far too voluptuous breasts. Her mouth dried as she saw his gaze move down to her chest. She was too big, wasn’t she? Guys liked pert, perky little boobs, didn’t they? Not huge ones, like hers.

He twined his fingers with hers and rested their hands on his chest. His eyes―such kind eyes―flicked up to hers, waiting.

“Um…” she replied, feeling her face heat to a point when she could fry eggs on it, “is…is it supposed to have…you know…”

He shook his head. Such a handsome head. Curly, tobacco brown hair, lovely sensual lips that should be kissing some lucky lady―why on earth was he with her?―were at the moment twitching at the corners.

“No, I don’t know, Tamara. You’ll have to tell me. Is it supposed to have what?”

She stared down at the part of his anatomy currently under discussion and gulped. Long seconds passed. Still he waited. He seemed to be almost―in pain? He was breathing hard. Goodness, she thought miserably, I’m so totally useless at this. Why were his lips sort of wobbling?

“Is…is your penis…supposed to have a bend in it?” she finally blurted.

He burst out laughing.
Posted by Unknown at 12:17 AM 3 comments: