How about a sweet and naughty historical romance for Hump Wednesday? 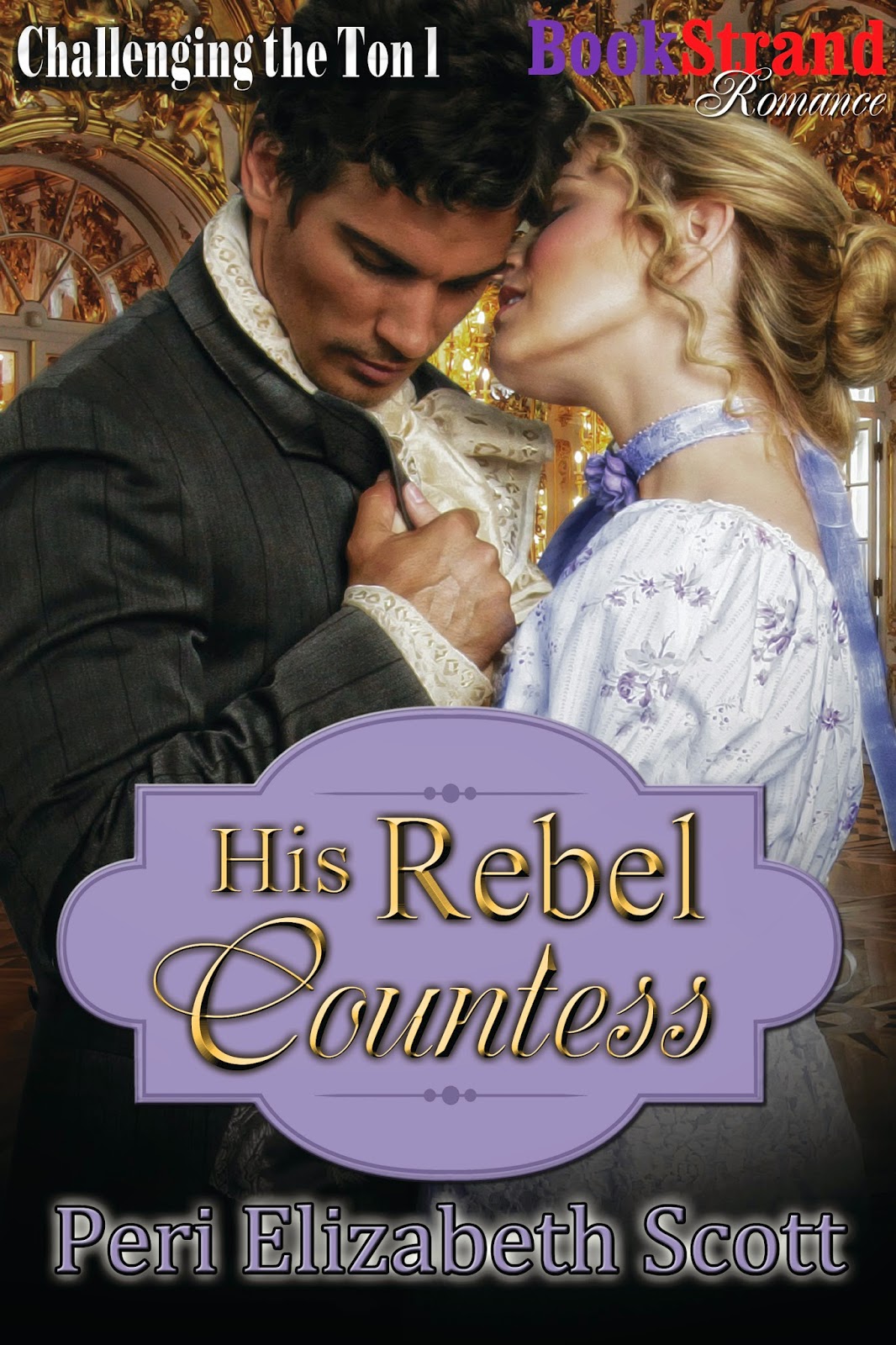 His Rebel Countess (Challenging the Ton 1)
Peri Elizabeth Scott
[BookStrand Historical Romance, HEA]
Oliver Birmingham, Earl of Leith, is an aristocrat—albeit socially minded—and in the market for a bride. Beautiful, intelligent Abigayle Windsor is a commoner, one the Earl is impossibly drawn to, and when he accidentally compromises her, he insists they wed.
Despite her misgivings, Abby agrees to marry Oliver and their honeymoon lays the foundation for a loving, wonderful marriage. But back in London, Oliver is again the Earl, and Abby finds herself adrift and uncertain, unable to fit in, and she garners considerable attention from the gentlemen of the ton.
Frustrated with Abby’s apparent refusal to adapt, and driven wild with jealousy he refuses to acknowledge, Oliver disciplines his bride one fateful night. He then decrees that if she won’t act the part of his Countess, providing him heirs will suffice, and effectively breaks her heart.
Have Oliver’s actions cost him Abby’s love? Or can he leave his father’s influence behind, and make it up to her?
STORY EXCERPT
No matter how she cajoled, Mr. Landbourne wouldn’t be convinced to share anything with her, other than his information was relevant to a bill being discussed in Parliament on the morrow. He insisted it wasn’t for the ears of ladies, no matter if this lady had her husband’s ear as she implied, and Abby’s mood soured by the minute. Her curiosity ran rampant as well.
Thomas brought refreshments—tea and pastries. Nothing stronger to give the impression the small gathering was anything more than innocent. And he left the door wide open, his shadow passing by frequently. Belatedly, Abby came to the conclusion that entertaining Edwin might not have been the best choice. She wished for Oliver to hurry home.
Be careful what you wish for. The ominous words filled her head as the front door opened and closed, loud in the quiet of the house, followed by a murmur of voices. Her husband’s large frame filled the doorway, incredulity a dire mask on his features before he composed them. Abby chilled to the bone in the face of it. “My lady. Landbourne.”
His freezing tone didn’t totally hide the bubbling fury in his voice. Abby intuited that Oliver was in a towering rage such as she’d never witnessed, and instinctively stood to insert herself between him and Edwin, who was also on his feet and babbling anxiously.
“Leave. Now.” Where was the Earl of Leith, that paragon of manners and proper behavior? The Earl of Hauteur? Mr. Landbourne obviously looked for him too, going pale and blinking frantically. His lips flapped but nothing intelligible emerged.
Then this new Oliver set her aside, merely grasping her upper arms and lifting her clear to set her away from them, before bearing down on the inoffensive Edwin. Twisting the youth’s arm up behind his back, Oliver frogmarched him out of the room before her astonished eyes, ignoring his pleas. The sounds of a scuffle diminished, then she distinctly heard the slamming of the entry. Thomas dashed in to widen his eyes at her, and tried to say something, only to retreat, as with a measured tread, Oliver gained the room again and crossed to loom over her. Had he always been so tall?
“What were you thinking?” His intimidating near growl frightened her but also sparked her temper, a faint hint of guilt fueling the fire.
“I beg your pardon?” She too could sound icy and forbidding, having been schooled by some of the best in the ton, and Oliver’s eyes flashed in response.
“Entertaining Edwin Landbourne. When you were unwell, too ill to attend the Dowager Duchess’s ball. The event of the season and one extremely important to my status in Parliament. I would have thought you’d hope to showcase your considerable charms to a wider audience.”
The attack on her reputation was the final straw. She’d had enough. Damn his status. And damn his insinuations. What about their marriage? What about her? If Oliver chose not to hear Mr. Landbourne out then it wasn’t her place to tell him the young man had come to share information perhaps very relevant to tomorrow’s day in Parliament. To her husband’s oh-so-precious duty.
“There is nothing to say. And certainly nothing to defend. I have no interest in those balls and parties and soirees you insist upon. I have no interest in any part of this social life you have thrust me into, using me to further your political interests! That you no longer even share with me! I have no interest in being your wife.”
A horrible stillness settled over Oliver, and the difference in him became even more pronounced. He somehow grew taller, his shoulders wider, and the very flesh on his cheekbones thinned to give him a cruel, finely etched appearance. She barely recognized him. His next words flayed her, delivered in such a silky tone it nearly masked the venom.
“But you are my wife, Abigayle. My countess. And as my wife you will take my direction and advice and obey me henceforth. Without negotiation. Without complaint or protest, or pay a very dear price for defying me.”
Aghast, she retreated as far as the couch behind her would allow and shook her head. “No. I can’t live like that.”
“Then you leave me no choice.”
Bearing her out of the room with no care to her protests and struggles, he took her to a small room at the end of the hall. Her eye caught the quick movements of the servants and she was mortally embarrassed to be handled in such a way in front of them. What transpired next was something she somehow retreated from in order to deny him further and only consider later when alone again in her room, deposited there by a man she no longer knew, yet was married to and forced to deal with for her lifetime. If only at his time and choosing.
http://www.bookstrand.com/his-rebel-countess