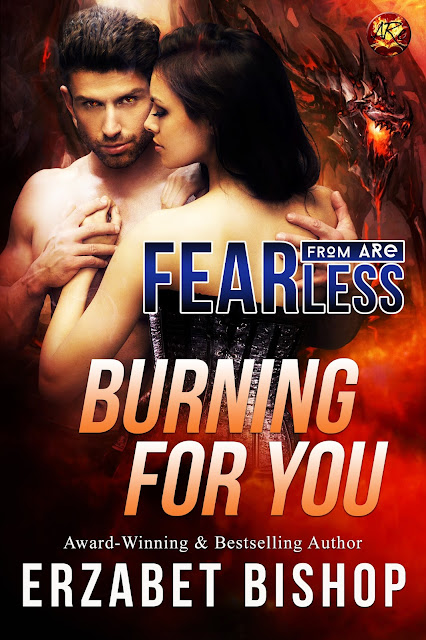 Burning for You
By Erzabet Bishop
Release day: July 1, 2016

Violet Winters is having a less than perfect day. Her parents are meddling with her love life (again), her wintery magic is kaput and her vivid dreams are coming far too close to reality. When she falls through the ice after seeing her fiancé all close and snuggly with a fellow polar bear, all bets are off. Is she better off dead or will she get another chance at life when a Grimare angel rescues her from her chosen fate?

Dante is a dragon on a mission: fight the string of strange fires springing up around Westmore and find a mate. When his Captain decides to have the men pose for social media shots to garner attention for the station, Dante finds himself in the middle of a steady stream of women after his special strategically placed “fire hose.”

At Hot Whips Café to haggle with the owner for counter space for their new firemen calendar, he meets a woman who sets his inner scales on fire. Can he save her from the machinations of the Fates or will she die a second time by the very threat Dante fights against?

A dragon’s panty melting kiss may just be the wow this curvy girl needs.

Excerpt:
“Come on, Dante, show us a little leg.” The smirking photographer circled in front of him and it was all Dante could do to control the dragon scraping beneath his skin to avoid reaching out and shoving the camera up his ass.

Pictures for social media. The Captain had officially lost his fucking mind. The catcalls and male laughter from the rest of the guys made him lose his footing and the fire hose he’d been using as a prop to conceal his nakedness began to slip.

Dante scrambled to catch the hose and cover himself and balanced against the newly washed and waxed fire engine, trying to pretend he was anywhere else but standing like a prize bull at an auction.

“If you’ll hold still, please. The others have already contributed their shots. You’re the last one.” The cameraman huffed, turning the lens. He lowered the camera and glared at Dante. “You could smile maybe?”

Shit. He was distracted by the wacked out dream he’d had the night before. A woman he’d never met swam in front of him, dying. Her long black hair fanned out in the cold, dark water and he’d panicked. He’d told her to live.

“Fine.” Dante growled, a wisp of smoke curling out from behind his lips. He felt the change sliding beneath his skin, the dragon agitated by his distress.

“God, Dante. Come on.” Carter laughed. “You aren’t afraid of a little flashing light, are you?” The rest of the crew laughed, sharing in the good natured ribbing.

He just wanted it to be over. His beast wanted to fly and hunt and if he didn’t get out of here soon, he was going to lose his mind. Most of the men here were either dating or married. He wasn’t and the urge to mate had made his already bad temper even worse.

The Captain had lured him and the others in with the promise of a social media boost to help the department. He figured a couple of pictures for Instagram like that vet that had so many followers it was insane. Model pretty with a gaggle of women trailing behind him like no tomorrow. The guy had even been on national television recently. Cap was dreaming, but he also knew the man would do anything to save their department from going strictly volunteer.

So many in the country had gone that route and the bear shifter was fighting it tooth and claw. Dante supported that. He’d moved from his home in the mountains to come here after his buddy Carter had told him about the job. Happy and with a large family of cat and dragon shifter young, his friend would do anything to ensure things stayed status quo. So would he, and apparently that included standing naked in front of a freshly polished firetruck.

Thank God his mother couldn’t see him or he’d never hear the end of it. She’d been writing him emails nonstop asking if he’d met any promising women. Jesus. He’d never seen a woman more eager to fuss over grandchildren. But he hadn’t and the prospects didn’t look very favorable. Not that he hadn’t dated. He had. But no female he’d met even sparked his interest past the typical curves and tight jeans and it wasn’t enough. Not anymore.

He wanted a mate. Someone to come home to and warm his bed and his heart. Most of the women he’d come across only wanted one thing—to bang a fireman and brag to their friends.

“Well, that’s about as good as I’m going to get if you’re going to scowl like that.” The photographer capped his lens and sighed, stalking off toward the Captain. “You can get dressed now.”

“Jerk.” Dante swiped the robe he’d worn from the floor and shrugged into it.

“Man, you really need to learn to crack a smile, buddy.” Carter grinned as he and a few of the others approached now that the photographer had gone.

“Thank you, guys. Dante.” The Captain came forward giving Dante a narrow eyed look, then nodded toward the remainder of the group. “We should see the finished product in a day or so.” 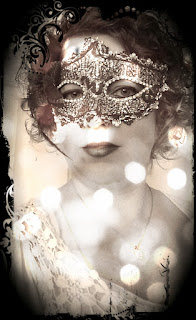