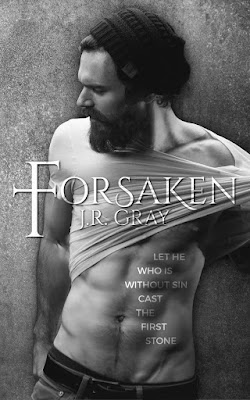 Blurb: Titus had lived and breathed religion his entire life, tucked away from the rest of the world in a compound in northern Wyoming. He’s destined to be the next leader of the church, deemed so by the Prophet.

God spoke and with His word He created. But God made a mistake. Titus isn’t worthy. He was born sick and it’s solidified when he rescues the most beautiful man he’s ever seen.

Torn between fidelity to his faith or his soul, Titus must reconcile the two parts of himself before he’s discovered hiding among the chosen. 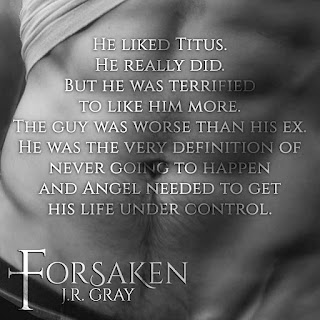 Teaser:
“Is this okay?” Angel asked.
“Is what okay?” Titus had a hard time getting words out. He had a hard time making his brain function with Angel’s hands on him.
Angel laughed and scooted his body closer so their legs were pressed together. “Me touching you.”
“Yes,” his voice was unsteady.
“What about this?” Angel put his other hand on the side of Titus’ neck.
“Sure.” Titus swallowed past the lump in his throat, and was happy for the way he was sitting, because he was as hard as he’d ever been in his entire life. Harder maybe.
“What about this,” Angel whispered over his lips and then brought them together.
This wasn’t like back at his workshop. Angel parted his lips, and used his tongue. Titus was left trying to keep up. As soon as he got the hang of something Angel would change it. He’d done a little necking with girls, but this was completely different. He hadn’t been turned on while kissing those girls. It was more like something to do just to try it, but this was heat and his entire body reacted. There wasn’t a part of him that wasn’t flushed and on fire.
Angel’s fingers slid around to the back of his neck and tightened, keeping Titus close. He grabbed Angel’s bicep, needing something to hold on to so he didn’t spin out of control. Angel seemed to like it, groaning into his mouth. It spurred Titus on. He wrapped his other arm around Angel’s back, desperate to feel more of him.
There was a fire demon inside him demanding more and he wanted nothing but to listen.

When not staying up all night writing, J.R. Gray can be found at the gym where it's half assumed he is a permanent resident to fulfill his self-inflicted masochism. A dominant and a pilot, Gray finds it hard to be in the passenger seat of any car. He frequently interrupts real life, including normal sleep patterns and conversations, to jot down notes or plot bunnies. Commas are the bane of his existence even though it's been fully acknowledged they are necessary, they continue to baffle and bewilder. If Gray wasn't writing…well, that's not possible. The buildup of untold stories would haunt Gray into an early grave, insanity or both. The idea of haunting has always appealed to him. J.R. Gray is genderqueer and prefers he/him pronouns.