A great read for the holidays. 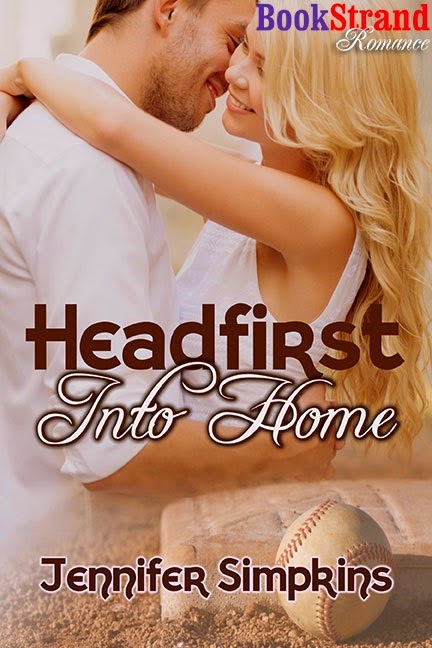 Headfirst into Home
By: Jennifer Simpkins

Blurb:
Coming off of a divorce, Rachel Young’s focus is on moving forward and making a life for her and her daughter. When ex-baseball hottie, Ty Robinson, waltzes back into her life, tempting her with his kisses, forming a bond with her daughter, and making promises for their future, she willingly gives him her heart.

Ty has harbored a deep desire for small town beauty, Rachel, for the past ten years. Fate dropped her in his path when they were teenagers, leading to one magical night. Following an injury, he has come home, determined to prove to Rachel he is home for good.

After a life changing phone call, Ty is faced with taking another opportunity at playing the game he’s always loved and the woman and child that have stolen his heart. In the end, is he capable of giving Rachel what she needs—a sense of home and most importantly, honesty?

Jennifer has always been an avid reader, but it wasn't until she became a stay-at-home mom did she start to read romance. Her passion of reading romance turned into another passion she had as a child--writing. One night of writing about strong willed heroes and sexy heroines turned into two nights until seven months later she had written her first novel.

She lives in a small North Carolina town with her supportive husband (whose dream is to be on the cover of one of her books), a beautiful daughter and two dogs who can't seem to get along. If she's not writing, you can find her reading, hanging out  with her family, or cheering on the New York Yankees.

Other Books by Jennifer: