Humans go blindly on faith into abysses all the time.  We hear about people who have stared caution in the eyes and decided that they could climb mountains or pursue their dreams. For me, being a published author was that leap of faith. 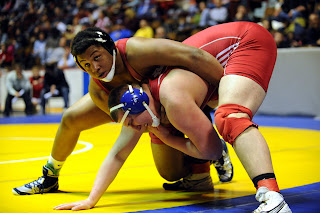 Growing up in the late 70’s, I enjoyed the sport of wrestling.  Strong legs and cunning could push a competitor out of the ring faster than anything could.  Being short was just another asset.  I had those three things in abundance and knew that wrestling was the sport for me, except for the small fact that I was a girl. Being the only girl on an all boy team was shocking. I was told that I couldn’t do it. I was told that I shouldn’t do it. Each time I heard that, it made me want it more. But when push came to shove (no pun intended) I couldn’t go through with it.  I lacked the persistence.

According to Webster’s Dictionary, to persist is to go on resolutely or stubbornly in spite of opposition, importunity, or warning.  As a pre-teen girl, it was more important for me to be liked by the boys (and not teased by the girls) rather than be seen as a competitor. That gender (Men) is still important to me today, but I’ve learned that there are some things that you can’t give up on, things you will fight for like your health or an education and things you will fight against like bullies or persecution. 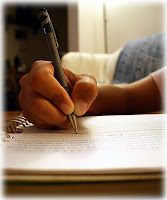 Being a writer isn’t an easy choice of a profession if you aren’t a persistent person.  Giving up will not sell your books or even get your books published.  As an author, you are told by a publisher that they either want or don’t want your story. Many publishers if they don’t want it, will at least be helpful and tell you what needs changing and give you a chance to resubmit. Even if your book makes it past the acquisitions desk, it has to go a few rounds with editing. Here you have to deal with someone who is only trying to polish your piece, but it sometimes feels like they are dissecting your heart. It is extremely hard to hear that you need to fix something that you worked on and poured your soul into. And if your manuscript makes it to becoming a book, you invite reviewers and readers to comment on it. That can feel like target practice and you are wearing the apple.

I liken being an author to being a presidential candidate. Some days you are on top of the polls and others, you are being run out of town for something you said.  If you want to see reviews of the candidates, watch the evening news or a few mud-slinging commercials.  Ouch! Just like candidates, authors must continue to “sell” themselves, their story, or even future projects after a bad review or modest sales.  Authors must continue to hone their craft to get better which requires us to continue to push forward in the face of opposition.

Let’s be honest here, if you want to be good at anything, you are going to need persistence. Michael Jordan didn’t win the NBA Championship because he shot one basket. No, he practiced and persisted when others told him that he couldn’t make it.  Thomas Edison, Abraham Lincoln, Steve Jobs…there are a million stories of being persistent in the face of failure, opposition or warning. I’m sure that if we spoke with any of those people, they would agree that persistence was a skill that was invaluable.

And who knows where I would be today if I hadn’t given up on that interest in wrestling, although I’m fairly sure that there are many more people happy about my romantic stories than about seeing me in one of those wrestling uniforms at my age.

What is one thing that you wished you hadn't given up on? How to do you persist when things are tough?